A Call for National Mobilization to Oppose

April 4, 2019, will mark the 51st anniversary of the assassination of the Rev. Dr. Martin Luther King, Jr., the internationally revered leader in struggles against racism, poverty and war.

And yet, in a grotesque desecration of Rev. King’s lifelong dedication to peace, this is the date that the military leaders of the North Atlantic Treaty Organization (NATO) have chosen to celebrate NATO’s 70th anniversary by holding its annual summit meeting in Washington, D.C. This is a deliberate insult to Rev. King and a clear message that Black lives and the lives of non-European humanity, and indeed the lives of the vast majority, really do not matter.

Since its founding, the U.S.-led NATO has been the world’s deadliest military alliance, causing untold suffering and devastation throughout Northern Africa, the Middle East and beyond. Hundreds of thousands have died in U.S./NATO wars in Iraq, Libya, Somalia and Yugoslavia. Millions of refugees are now risking their lives trying to escape the carnage that these wars have brought to their homelands, while workers in the 29 NATO member-countries are told they must abandon hard-won social programs in order to meet U.S. demands for even more military spending.

Dr. King’s words linking the three evils of American society:  Militarism, Racism and Poverty, and his deeply profound remark that every bomb that falls on other countries is a bomb dropped on our inner cities, reveal the deep-rooted relationship between militarism and the social, racial, economic and environmental injustices that now impoverish whole cities and rural communities and have plagued our society and the world for a long time. It was exactly one year before he was murdered that Rev. King gave his famous speech opposing the U.S. war in Vietnam, calling the U.S. government “the greatest purveyor of violence in the world” and declaring that he could not be silent.

We cannot be silent either. As Rev. King taught us, “Our lives begin to end the day we become silent about things that matter.”

We are calling for a peaceful mass mobilization against this year’s NATO Summit in Washington, D.C., on Saturday, March 30. Additional actions will take place at the opening of the NATO meeting on April 4.

We ask you to make every effort to join with us in Washington DC, or, if not possible, organize a rally or demonstration in your area. We need to show, in the strongest possible way, our opposition to NATO’s destructive wars and its racist military policies around the world.

We also invite you to add your, and/or your organization’s name to the list of supports of the anti-NATO, Anti-War and Anti-Racism mass actions in Washington DC. Please go to the web site at http://no2nato2019.org to add your organizational or individual endorsement of the action or to make a donation to build the action.  You can also contact us by email: Contact@No2NATO2019.org. 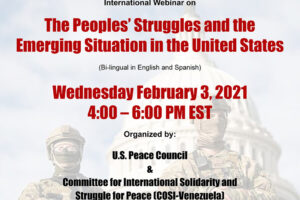 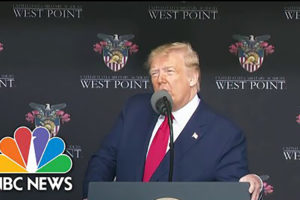 Imperialism and the Peace Movement — Interview with Bahman Azad 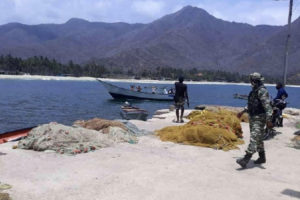 Mercenary Operations Against Venezuela: The Evolution of A Failed Military Threat