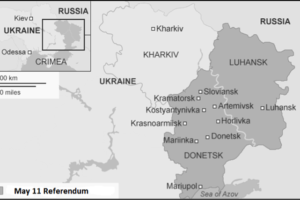 “Fascism/nazism is a terrible evil, and if it is not immediately stopped, it will keep growing and sprawling like cancer.” ― T. (teacher... Read more »

Statement of the Presidency of WPC on the Massacre in Odessa

On behalf of the Presidency of the World Peace Council, we repudiate with all of our forces the growing of military actions of the government of Ukraine against federalist movements of the... Read more »

The WPC denounces strongly the recent massacre of Odessa where reactionary fascist groups set on fire the locked Trade Union building of the city with hundreds of protesters seeking protection inside the... Read more »

Once again the U.S. establishment is promoting another violent coup d’état as a democratic uprising. Troops are moving, planes are flying, ships are advancing, war threats are being... Read more »