Year after year, Congress lavishes a treasure on the Military Industrial Complex. Practically every member of Congress votes to increase this huge giveaway to war and militarism, expecting a portion of it will return to his/her state or Congressional District, thus further militarizing our state and local economies. Earlier this month, all but 43 House Democrats joined the Republicans to pass the $740 billion defense budget in defiance of the will of the majority of American people. This shows that our elected officials in Congress have become captives of the lobbyists of the war and weapons industry.

Our whole economy is sinking due to the weight of the military spending, which is now absorbing over 67 percent of the federal government’s discretionary budget, leaving a meager amount of funds to provide the basic needs of our people and society. Our states, cities and communities are languishing in debt and cannot afford to provide essential services and maintain infrastructure; they are cutting services, raising taxes and demanding give-backs from public workers. Our healthcare system is collapsing under the weight of COVID-19 pandemic; 40 million people have joined the ranks of the unemployed and have lost employer-provded healthcare, and our working families are less and less able to earn enough to cover their immediate expenses, let alone hoping for a secure future.

Less than three months to the 2020 elections, there is no sign of a national debate on the military budget and its destructive impact on the lives of our people. Both parties and their candidates have refused to discuss the issue of militarism and military budget. The obvious contradiction between the shiploads of gold the government pours into the wars, the military structure and killing machines and the country’s inability to maintain its decaying infrastructure and provide for human needs is being systematically hushed by Congress and the Executive, abetted by the mainstream media. They rarely, if ever, talk about the military budget and the enormity of its destructive impact on our people and our society.

It is past time to free Congress from the grips of the war-mongers and the military-industrial complex by electing candidates — at all levels of government — who are true representatives of the interests of the people. The 2020 national elections give us the opportunity to take significant steps in that direction.

Inspired by the Candidate Pledge issued by the Black Alliance for Peace, and with full acknowledgement of the role of BAP in initiating this process, the U.S. Peace Council calls upon voters in the 2020 national elections to vote for candidates running for elected office — at all national, state and local levels — who commit themselves to the following pro-peace, pro-people, principles: 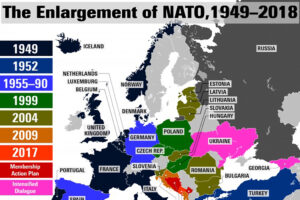 The Escalating Crisis in Ukraine Poses an Imminent Threat to World Peace! 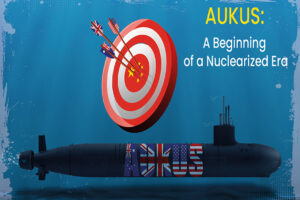